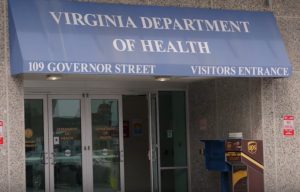 COVID-19 hit the state of Virginia… it hit hard. Everyone’s normal was flipped, and communities around the globe started demanding little-known answers.

After a swirl of misinformation, The Virginia Department of Health (VDH) knew they had to step in. They enlisted Vance Agency to run campaigns designed to bring awareness to the virus as well as to promote responsible behaviors during the lifetime of the pandemic.

The Vance Agency developed a 360° campaign, aimed at addressing Virginians on a human level. With this goal in mind, videos were a natural solution. Vance Agency partnered with humanstory to produce the series. All videos addressed the slogan: “VA’s health is in your hands” 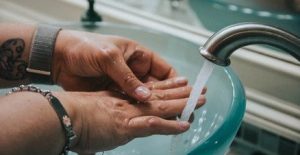 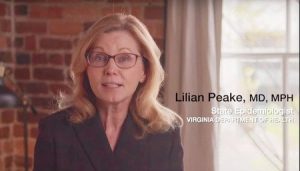 The timeline was tight – 1 week. Information surrounding the virus was rapidly changing, and it was important to stay on the cutting edge of medical findings. These videos were intended to provide clarity and assurance to Virginians on the COVID epidemic, narrated by the state’s most credible speaker, Dr. Peake, Virginia State Epidemiologist. 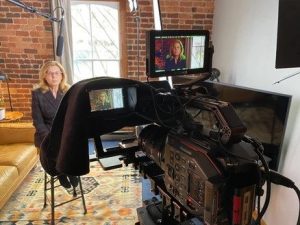 First, we began with pre-production. One of the largest decisions in pre-production was the ‘who’? Who could address Virginians to calm their nerves and address their fears?

The storyteller for this project was decided: Dr. Lilian Peake MD, VA State Epidemiologist. Dr. Peake was a natural choice because she can discuss the disease knowledgeably, offering new information, and because she is a confident and authentic speaker who could address the state with empathy.

Next came the decision of where to film Dr. Peake. Fortunately, our office is close to the VDH headquarters, so we were able to test video-chat interviewing on our own turf. However, it was important for us to consider lighting, tone, and backdrop for the interview. Since the goal of the video was to connect with Virginians, we avoided a bureaucratic setting. A red brink, cozy setting was the perfect spot to speak with people about their concerns. 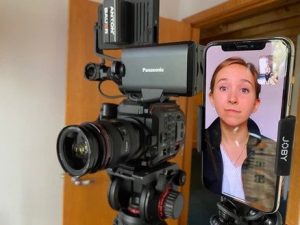 Secondly, we moved to production where we needed to design a setup. We conducted the interview over the Apple video chat platform, FaceTime, by turning our phones to Do Not Disturb. After getting our video set up, we attached one iPhone to the camera, and one iPhone on a tripod. Since the campaign is talking directly to Virginians, we arranged it in a way that Dr. Peake would be speaking directly into the camera, while still maintaining a human-connection with our interviewer.

By setting up this way, we were able to maintain 6 feet of distance at all times. Regardless of setup, our interview was, per usual, conducted as a conversation. While we had prepared questions to keep us on track, the discussion on COVID-19 flowed easily, and we were able to keep asking genuine questions.

Through this process, we confirmed our idea that remote interviewing is a viable option for companies with restrictions without sacrificing quality. We may have just been in separate rooms of the office, but we could have been anywhere, just as long as the storyteller had a means to video chat. The digital interview was surprisingly natural. In today’s world, we are so accustomed to talking to a phone, that the interview lost no authenticity when moved to a screen. 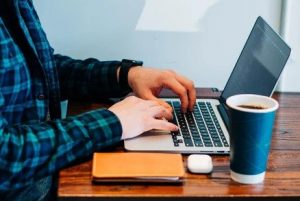 Thirdly, the project moved into post-production. We needed visual elements to mix with interview footage. Since the VDH owned no existing media, Vance Agency took our recommendation to use a mix of the humanstory content library in combination with supplemental stock footage.

To keep costs low, we used our own archival footage wherever possible, keeping stock at a minimum. As a result, our visuals were relevant without being ‘too on the nose’ and shot in our own style.

In less than a week of its release, our main long-form video received over 8.8K views as a result of its VDH homepage location. The quality of the deliverables are as high as our in-person interviews. Without having read it, you would never know these interviews were conducted over FaceTime.

In the end, Dr. Peake did a phenomenal job connecting to viewers, and the setup of the iPhone in relation to the lens made delivery natural and relatable. The remote production turned out better than we had hoped, and we learned a lot about producing compelling footage from afar for future projects.

We feel comfortable rolling out the remote video production platform because we believe in the quality of these videos. They are, in every way, the standard of quality that we demand from traditional filming. Our interviewee was able to connect with audiences in a comfortable and human way while staying safe and following the CDC’s recommended 6 feet of social distancing.

To see the final product, check out the link below!

“They say innovation is born out of necessity. Aside from the usual media training and preparations that need to happen to produce a video, we had to do it from a distance (and on the fly)!

I’m grateful to the resourceful team at Humanstory for figuring out a way to film a PSA featuring the state epidemiologist Lilian Peake, M.D., M.P.H. from afar. It’s creative thinking like this that will help us weather the COVID-19 crisis.”