How can marketing videos better engage over half the world when 65% of the population are visual learners? Easy! Use animation in your next video to better engage with your audience.

Animation is a unique way for customers to visualize your product and story. Since visual information is processed 60,000 times faster than text, it is more likely that an animated video will stick with your consumers long after they watch it.

As a consumer, if a salesperson told you about AMC Technology’s DaVinci platform, more likely than not you would be confused by its purpose and what it is used for. But, through the animation in this video, their platform is shown visually, making its benefits much easier for us to grasp. Animation videos are perfect to showcase concepts and products that are difficult to understand through text alone. Plus, it is unlikely that viewers will forget a well-done animation explanation of anything from technology to subscription services since, visuals stick in consumers’ long-term memory if concepts are paired with relevant animation. 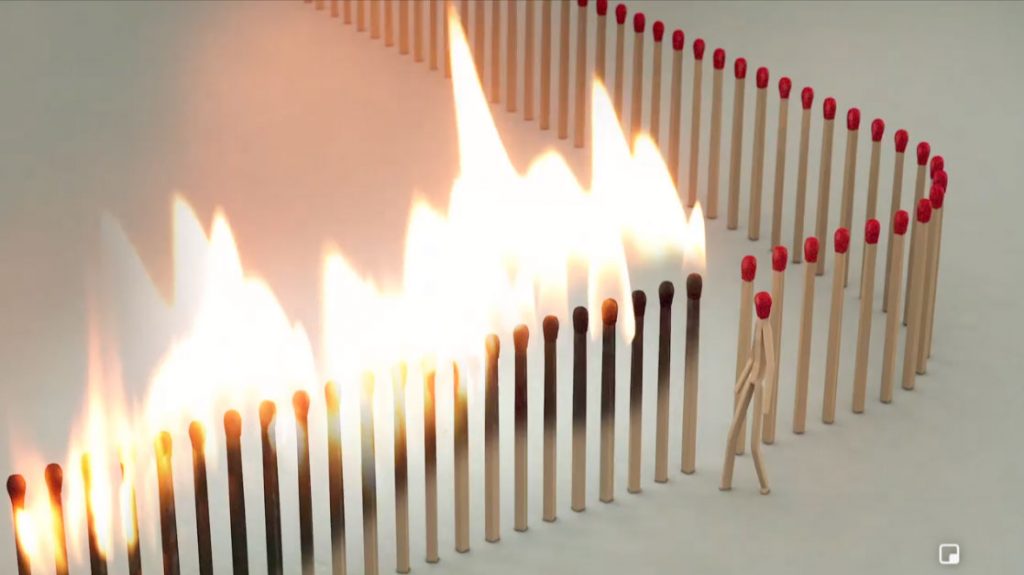 At the beginning of the COVID-19 pandemic, not everyone understood why social distancing was so important. This inspired Spanish artists Juan Delcan and Valentina Izaguirre to create an animation video that explained how being six feet apart in crowds could stop the spread of COVID-19, which many people remember from the beginning of the pandemic. This is animation’s draw: that it can make anything you imagine come to life. Animation can also show things that a camera cannot capture, such as the inside of machinery to better explain what the machine can do.

Appeal to a Wider Range of Ages

Spotify is an app that appeals to a wide range of ages because of its easy-to-use platform and range of music. So, naturally, they use animation in their advertisements to appeal to their whole consumer base because they recognize that it is engaging for all ages. In older adults, it can bring out a sense of nostalgia for cartoons they used to watch on Saturday mornings growing up. It equally interests younger generations, such as Millenials and Gen Z who have a combined spending power of almost $3 trillion in 2020.

After watching an animated advertisement, consumers will remember more than just your name, but also your product or service. This is due to the fact that animation is perfect for fitting a lot of information into a short amount of time without it becoming too convoluted or confusing. When your video includes both information and entertainment, it will capture your viewers’ attention and help you stand out from your competition, building your brand’s recognition among consumers.

Coca Cola has embraced animation through the use of their highly-recognizable polar bear commercials. Although polar bears haven’t appeared on Coke cans in years, the animated polar bears are still associated with the Coca Cola brand because of the significant impact these commercials have had.

In 2012, Coca Cola did a joint Arctic Home campaign with the World Wide Fund for Nature where they matched the public’s donations to WWF dollar-to-dollar, which raised almost $2 million for the polar bears. Later, a Coca Cola Canada spokesperson would say it was the most successful campaign they’d ever done.